We've been busy house shopping and visiting with family this summer. We just came back from another fun-filled weekend in Los Angeles to continue house hunting, celebrate my brother's birthday and visit with the family. 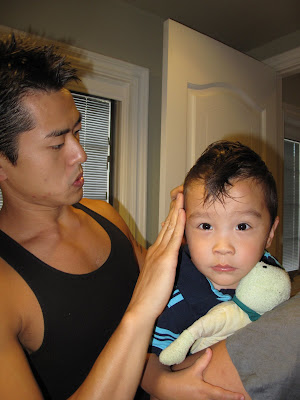 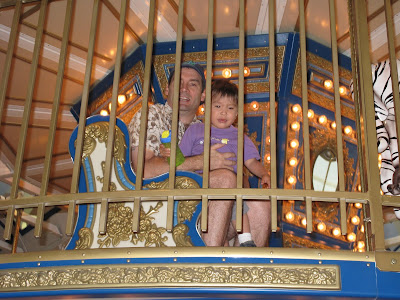 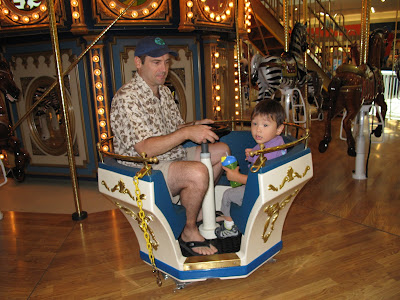 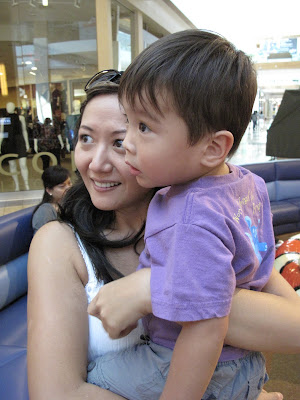 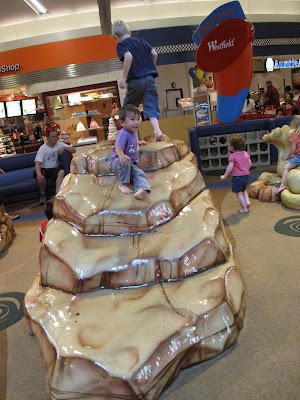 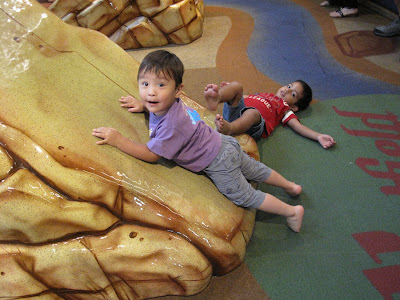 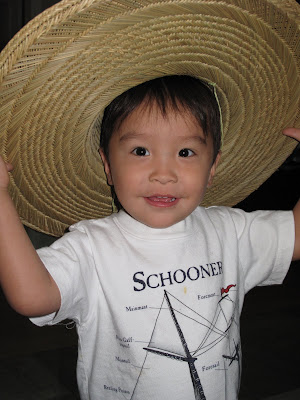 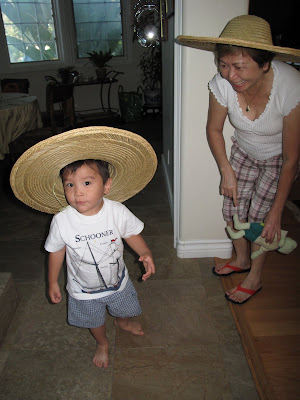 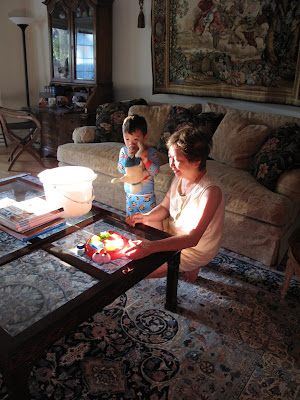 Usually, aside from general cuteness, there is nothing much to write. This trip, Dylan surprised us. We put him down for his usual nap. He usually goes down for about an hour and a half and when he wakes up, he lies there for a bit and babbles. Imagine the surprise when he came out from the hallway after about an hour and said "Hi" with a big grin on his face. Yes, he has learned to escape from his pack n' play.
I could not figure out how he learned to pull himself up and over the edge of the pack n' play because it is pretty high. It goes up to his chest. Fortunately, he got a chance to show us later on. As to be expected, Dylan is not a fan of bedtime when we are in L.A. There is just too much to do, too many exciting things to explore and too many people to keep him entertained and vice versa. We usually set up his pack n' play as his bed. We place it wedged between the wall and the bed. It's not his favorite place to sleep so he will usually fight for a little. He will cry for about 2 minutes and usually go to sleep. We tried our luck again at bedtime that night. He cried for a little longer than usual but soon, it quieted down. I figured he had fallen asleep but I stood by the door for a minute to make sure he had fallen asleep. About a minute later, with my ear on the door, I was startled with click of the door knob. He managed to escape out of the pack n' play (again). This time it was pitch black in the room and I never heard him making his maneuvers in the dark. So what was I to do but take him back to the room and start over.
When we went back in, I asked him to show me how get out, and he happily did. He grabbed the edge of the pack n' play with one hand and reached out to the bed and grabbed the blanket on the big bed with the other. He then pulled his way up and over the edge of the pack n'play. He then got himself onto onto the bed and then edged his way off the bed and then walked to the door. Once he's at the door, he is clear. He learned to open that a long time ago. From there, he walked out into the hallway and into the living room where he knew everyone can be found having a good time without him.
So we had to execute plan B. I laid in bed with him for 45 minutes. He stroked my face gently and not so gently at times. He touched my eyes, nose, ears cheek, then his and then mine again. He babble some cute stuff I could not understand, snuggled up next to me and then finally fell asleep.
There ends the duties of our beloved pack n'play, and the start of our nighttime snuggle bug.
Yet another fun thing he learned is how to use a straw sippy cup. At first he kept tilting it up light his other sippy cups and we kept pulling it down to his chest to keep the liquid at straw's reach. After a day, he figured it out, but in the cutest way. I think maybe that he thought it was about his chin touching his chest that would do the trick. So everytime he could not get to the liquid, he would pull his chin down to his chest and sip.
What a great weekend of breakthroughs with the little guy.
Posted by Ivy Lee at 12:20 AM