Me, BAKE? Oh no, not that kind. B.A.K.E. as in Bay Area Kyrgyz Entourage. We are (for now) a small group of families who reside in the greater San Francisco Bay Area who have adopted or are in the process of adopting a child from Kyrgyzstan. We had our first gathering at Suzanne's house last Sunday.

It was a blast to meet everyone. I finally met people who until now, are email and blog buddies. I also met a bunch of cool people with whom I haven't been in contact previously. Our group seems great and it will be so much fun next year when a bunch more kids come home to their families.

Suzanne served Lugman and Shashleek and a bunch of us brought other stuff to share. And speaking of baking, I bought (instead of baked) a red velvet cake from the bakery down the street that I have been meaning to try. It is called the Sweet Potato Pie Company. Let's just say I will be bringing red velvet cake to many other occassions to come.

As usual, Dylan had a good time. So many smiling faces and so much attention. By 6 p.m., he was ready to go to sleep. Mommy wasn't quite ready to pack it up just yet, so we borrowed Matilda's (as in sweet Matilda who will be coming home soon to Suzanne) crib and he passed out cold. When Dylan and Matilda get older, Suzanne and I can tell them that Dylan broke in Matilda's crib before she even came home. Seeing Dylan in a full size crib made me realize it was time to move my big boy to one. Until now, he has been in a porta crib and he is really getting too long to stay in there much longer, but I digress...

So as with many first time events with Dylan, we had a wonderful time. 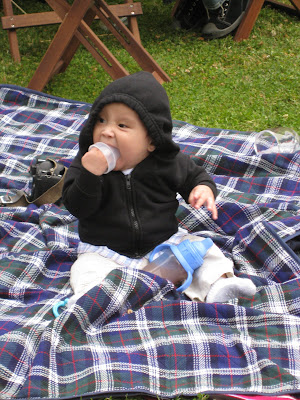 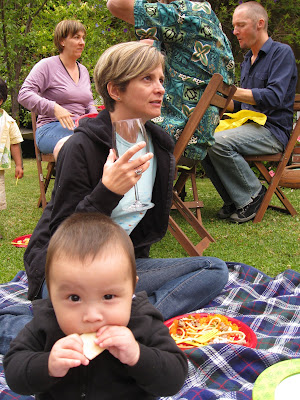 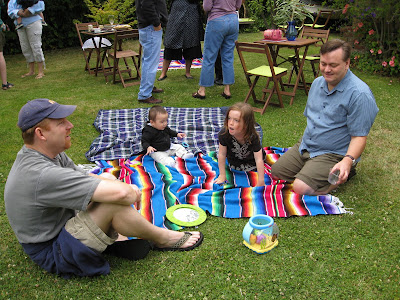 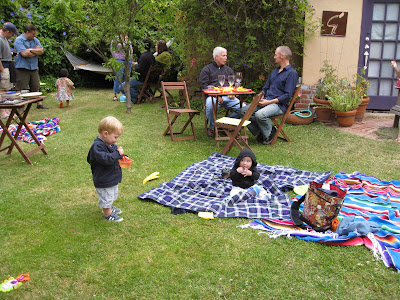 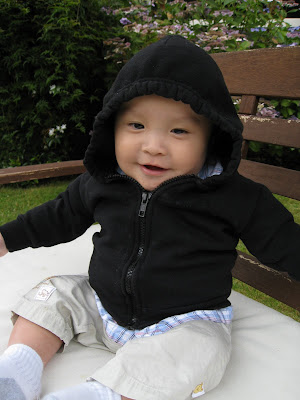 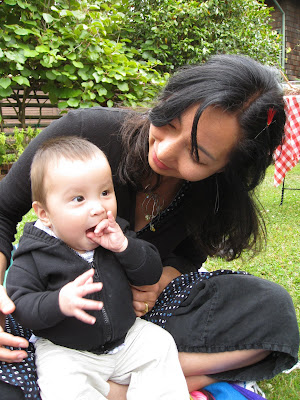 That red velvet was awesome! We're still rationing out the left-overs. In fact, I think I'll have another slice when I get home tonight.