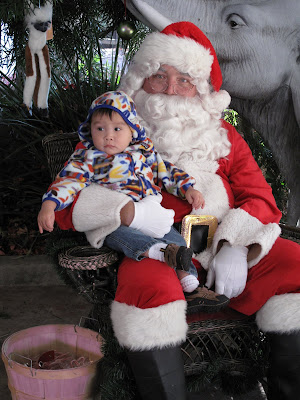 Several of my family members visited us the week after Thanksgiving. They missed Dylan so much as they haven't seen him since the birthday party in early October. My sister Joanne missed the party so she was extra motivated to get her Dylan time. My 2 sisters, my brother and my mom made the drive up from Los Angeles and San Diego to hang out with us. OK, who am I kidding? They came to hang out with Dylan.

Fortunately, Dylan did not disappoint. He was still up when they got here on Friday night and was Mr. Adorable Extraordinaire.

The next day, we decided to go to the Oakland Zoo to see Santa and some animals. We found out that at 14 months, Dylan is a little too young to be interested in looking at animals. We thought that may be the case but he may have liked the petting zoo. Not so... After a sheep that is twice his size grazed him on his way in, it scared Dylan just a little bit. After that, he was more interested in the hay on the ground than any of the animals around. Oh well, maybe next year.
He did have lots of fun in the play structures though, so it wasn't a wasted trip altogether. We even got photos with Santa.

They drove 5 and a half hours to the San Francisco Bay Area. You would think they would at least want to go into the city for a little bit. It seems that they are perfectly content just to hang out in a cold east bay condo with the most awesome, funniest, and cutest little guy in town. He is so worth the drive.
And did I mention that we are going down to see them at Christmas? I guess when you get bit by the Dylan bug, there is only one remedy, to get your dose of Dylan cuteness.
Having fun with Uncle Paul 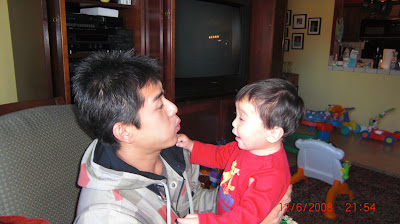 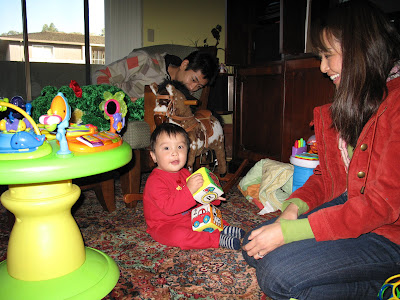 Auntie Marie is making sure I don't topple over. 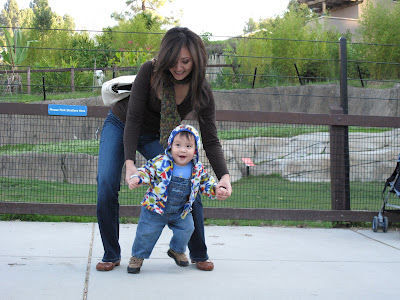 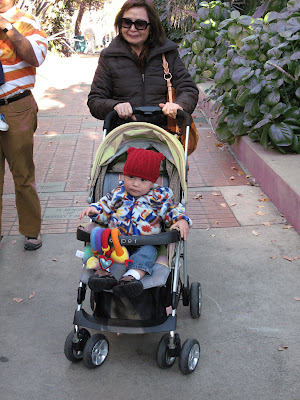 Going through tunnels is hard work! 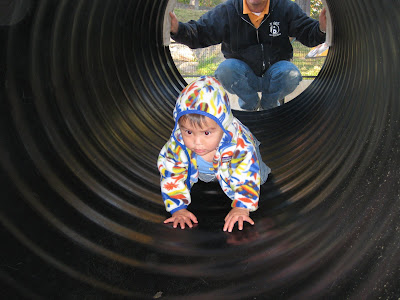 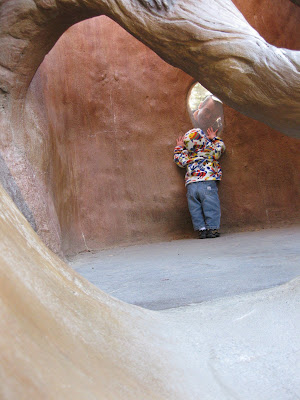 A little apprehensive about petting animals 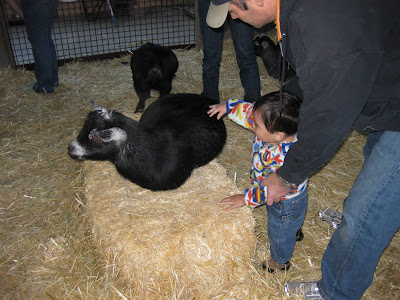 "This is more my speed mom!" 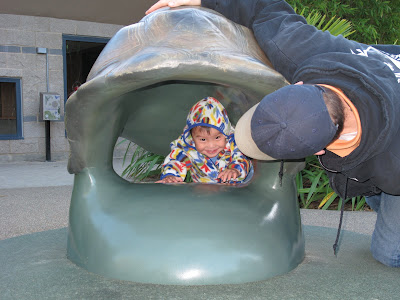 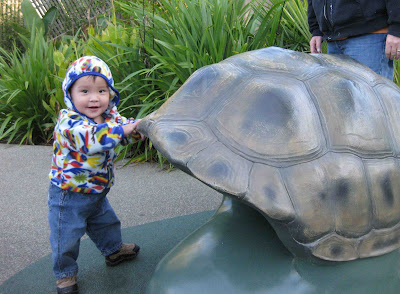 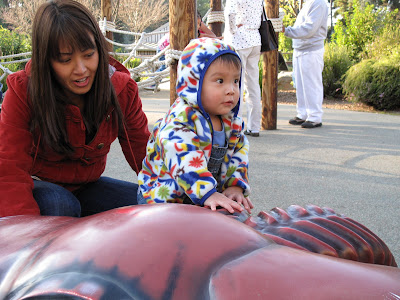 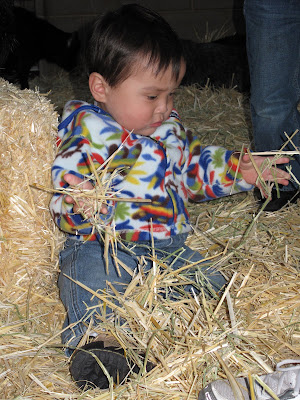 I love reading about your adventures with Dylan and seeing all your pics! He's such a well-loved little boy!